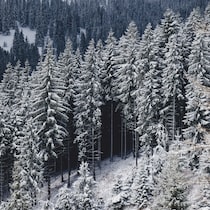 Some time ago we echoed that realityOS would be the name of Apple’s operating system for its augmented reality glassessomething that made more and more sense, but as we have been able to see today through Twitter, an “unknown company” would have registered the trademark “realityOS” for imminent use.

So imminent is its use, that although The registration began in the middle of 2021, it is not until June 8, 2022 when this registration takes effect worldwide. It is important to note that the WWDC takes place on June 6, so it would make sense to see new tools for the realityOS ecosystem at this conference.

Apple Music will be available on Amazon’s Echo speakers

It is not the first time that Apple registers new brands in time to have them ready during the WWDCso the current consensus is that at this developer conference we will be able to see at least some mention of Apple’s augmented reality ecosystem, an ecosystem that would be close to arriving and that it would already be looking for interest from software developers.

In any case, you hardly have to wait a week to find out more about this, In addition to the possibility of finding new hardware, including augmented reality glasses.

GLEAM-X: the interstellar object that appears and disappears in the eyes of astronomers

Apple: An innovative AR headset will arrive by the end of 2022