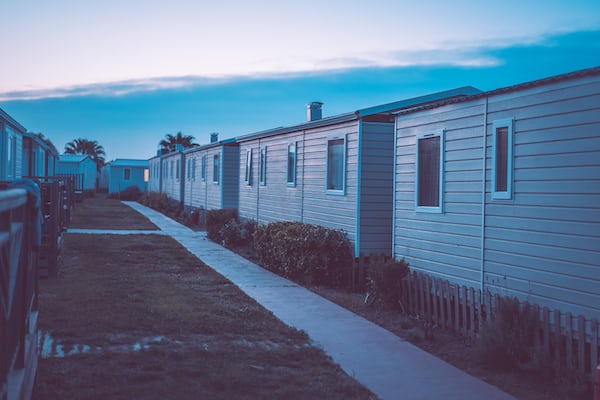 Razer Wolverine V2 is the wired controller designed specifically for Microsoft’s next-generation consoles, as they are Xbox Series X And Xbox Series Salthough it is perfectly compatible with Xbox One and PC, given the connectivity guaranteed by the USB type A connector. On sale at a list price that slightly exceeds 100 eurosis now available in two colors (black and white), let’s find out in ours review complete.

Aesthetically, the product immediately appears resistant and made with the highest quality materials; it is entirely in plastic, opaque that does not retain fingerprints, with knurled areas to facilitate grip avoiding slipping with sweaty hands. The layout of the buttons is the classic of the Xbox controllers, with the addition of action buttons Razer tactile mecha e D-Pad mecha-tactile Razer (which we talk about later).

Review: Wasteland 3, the apocalypse has arrived on PC, Xbox One and PlayStation and it is played better than ever

The dimensions are standardized, reaching 161.5 x 105.8 x 65 millimeters, with a weight that is around 274 grams approximately. On the surface there is only one connectorin particular we talk about a audio jack 3.5mm, for connection physicist of headphones. Unlike the original Xbox controller, the Razer Wolverine V2 it is not bluetooth or wireless, but can be connected only through USB cable type A, with a long length (3 meters) to ensure a better range of motion.

What changes compared to the official Xbox controller

The differences compared to the standard controller we are used to are also related to the positioning of the two central function keysmove to diagonal to encourage use with the thumbs, as well as the presence of two multifunction buttons programmable at will, through the Razer controller Setup. These are integrated in the central part, next to the D-pad so to speak; the only drawback is perhaps the extreme proximity of the same, the risk is to press them both at the same time. Their name, as anticipated, is Mecha-Tactile Action Buttonaccording to what was communicated by Razerhave a 35% faster than the others, with a distance of only 0.65mm.

Moving the attention to the top, we notice the presence of the two buttons M1 And M2alongside the RT / RB and LT / LB pair, correctly positioned to be used with the index. They are comfortable, offer a very good tactile feed, and the excursion is sufficient for a use without difficulty. THE analog triggers have a mechanism remotely reminiscent of the adaptive DualSense trigger, in fact, thanks to a locking system (which can be activated from the rear), it is possible change the stroke of the individual levers. The variation is recommended in relation to the type of use, if you are using a game of racingit is preferable to have it long, so as not to have difficulties with acceleration / braking, or it will be possible shorten it at most for FPS. A peculiarity indeed only and special, as well as perfectly made.

Xbox Series X: Microsoft doesn’t have a plan B yet for launch

Like all products Razeralso the Razer Wolverine V2 allows deep customization softwarewith which to succeed in change fully the characteristics of the device, adapting it as much as possible to your needs. All changes can be made directly from consolethanks to the application Razer Controller Setup Designed for Xbox (it is available on the Microsoft Store) it will be possible to set the functions to the keys described above, as well as create profiles default with all your favorite setup.

The most important aspect is unquestionably represented by the variation sensitivity of the rear triggers, the user can set various levels of sensitivityin relation to the game started. In our test it goes without saying that we found each other very goodthe soft rubber on the the heights (which have a concave shape) guarantees a grip superior even to the official Xbox controllers; the same goes for the knurling of the handle, it is an extreme comfort to hold it in your hands even for long hours of gaming session.

The feedback and the stroke of the buttons are equally interesting, although the latter is particularly short, the important click that you hear allows you to always reach a certain tranquility and precision, which we hardly find elsewhere.

In conclusion Razer Wolverine V2 it’s a controller fantastic with really many positives not to be overlooked in case you are considering the purchase. The materials used are of high quality, aesthetically it is very beautiful, as well as theergonomics and additional features. Having the ability to fully customize the experience via softwarewith specific adaptations for the rear triggers, it is no small matter, and the realization is sublime.

The only negative aspect, perhaps concerns the selling price, 120 euros about the price list certainly limit accessibility by users, especially because we are talking about a controller cablethat is, without the possibility of using it wireless(not even with adapter).