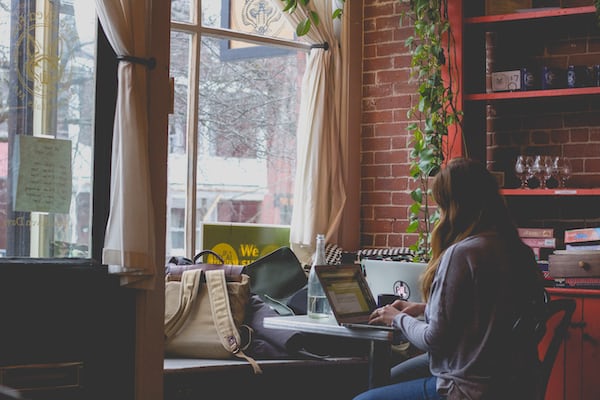 Pumpkin Jack is a 3D platformer that focuses a lot on a cartoon style and an irony far superior to other games of the same type, showing however how much the passion of even a single person can lead to excellent results. The development was done entirely by Nicolas Meyssonnierwith publication by Headup Games as early as 2020 on consoles, and subsequent adaptation to the next-gen towards the end of last month.

The continuing war between Good and Evil plays a central role in the whole experience, the Devil is trying to invade the Earth with armies of demons, breaking through the border that separates the two worlds near the town of Arc En Ciel. Humans, however, are ready to do anything to defend the territory and earthly life, so they ask for help from a magician (called the champion), who enacts a series of spells to prevent its invasion.

System update for Xbox One adds the new Avatars

The same Devil he does not give up, deciding to elect his own “Champion”, who will have to directly challenge the magician, the outcome of the clash will lead to the final result of the actual war. Here we come into play, we impersonate Jacka demon from **** brought back to Earth in the form of one scarecrow with a pumpkin for a head.

We will embark on a journey that will lead us to cross cemeteriesforests and fortified cities, driving horses, wagons and boats, always with a trustworthy mate, a Crow, essential helper to solve puzzles and overcome certain sections. The narrative is well embedded in the gameplay, we enjoyed very very much the fictional style of the various interludes, nothing technical and beautiful to look at, but still able to create an atmosphere. THE dialoguesalthough subtitled in Italian, they are too basicpractically superfluous except in the initial part of the Tutorial.

AeroCool presents the Micro-ATX cases of the Evo Mini series

The evaluation of the technical sector of Pumpkin Jack it must start from the awareness that the realization was entirely in the hands of a single individual, not in huge teams like other titles. Precisely for this reason we believe excellent the work done, although the graphics are stylized, elementary and very simple. Meyssonnier’s willingness to create an experience suitable for Halloween perhaps you notice too much, the hand is too much and it really seems like a game created just for the occasion.

Excellent adaptation to the new generation, we have tried it on PS5 and we were delighted with the consistently high and stable frame rate, and the overall details. Uploads are fast enough, not immediate. THE six levels that make up the adventure are all different from each other, they have settings relatively varied, with a good differentiation of internships. THE colors pushed unquestionably capture the user’s attention, leading him to postpone technical defections. THE enemies they are also very varied, they are all differentiated in relation to the level of belonging, remembering the Halloween theme, in fact zombies, headless knights, skeletons and the like will cross paths. The polygonal models are stylized and really simple, however the mechanics don’t appear to be of low quality, and the overall experience is sufficient.

Same goes for the character main, his movements are adequate and quite realistic, with different animations in relation to the weapon used. There soundtrack it is redundant, the tune is almost always the same, except in certain sessions, in the long run tired.

Style of play and gameplay

Pumpkin Jack is a platform 3Dthe phases collected in the various stages propose a level of challenge altogether very lowwithout a major progression, if not in the boss fight. As we told you before, i 6 levels always end with a boss, which presents a growing difficulty, without ever being too complicated or difficult to beat. In parallel, the actions are very similar to each other, with important repetitions in the things to do, in the scenes, in the supports and in the obstacles, if not for the introduction of the “mushrooms” that will allow you to make very high jumps. There longevity it is not excessive and if you play it at the right doses you may not notice it, but if you do an intense run, it could tire you.

Fortunately the developer wanted to integrate minigames during which Jack it will detach from the human body, and it will be necessary to physically control the pumpkin. The degree of difficulty is always very low, and they are really very simple games, which will range from the most classic Memory with the names on the graves, passing to the reproduction of music by touching the mushrooms and the like. Regardless of everything, there are pleasant interludes that break the rhythm and monotony of the experience, like the “racing” sessions, first on a miner’s wagon, then on a runaway horse or wagon, in which our task will be to avoid any obstacles that appear in front of us.

Tom Wlaschiha, famous for Game of Thrones, returns with the series ‘Das Boot’

The character presents a progression in the weapons that he can actually use, starting from a simple shovel, passing through a spear, a sword or a rifle, all selectable with the tool wheel, but without a characterization or power actually reported. Moving within the stages is quite limitedare present collectibles of two types: i skulls (20 for each level, to be used to buy the new clothes at the cart, the only way to customize Jack) and the gramophones (much rarer, the character will start a dance session when he finds them).

The travel companion who will accompany us throughout Pumpkin Jack is the Crowthe functions that we can assign to it are very limited, but it will be fundamental on certain occasions, such as opening gates in “running” sessions, attacking enemies from afar and the like, reachable by pressing the L1 key (on PlayStation).

Sony transforms the Y-series into an 11.6”

In conclusion Pumpkin Jack offers a very interesting experience, limited from the insuperable technical constraints of the only developer, but managed to perfection. The not having wanted overdoing it, being aware of one’s limitations, and starting from this constructing a title that has nothing to envy to more developed and provided study proposals. There longevity it is more than enough, the rhythm is quite high, the adaptation to the new generation is excellent, with funny settings and dialogues; the platforming stages are simple, they never require too much patience.

On the other side of the coin we find some small flaws, the Halloween theme it is too pronounced, and can tire in the long run or when playing at a different time of year. In addition to this, the combat system it is not precise and it is really too simple, with repetitive actions and obstacles.

Buy it on the PS Store