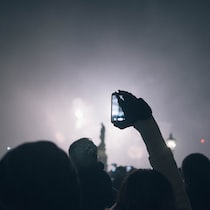 The price and release date of PlayStation 5 they could finally be revealed in the next few days. Sony has announced a final event for the September 16 from the name PlayStation Showcase, where it will show the latest news. In reality there is no certain data that the event will include new details on PS5, but taking that into account Microsoft has revealed almost everything about its Xbox Series X and S and that this will be the last PlayStation event before the launch of the new consoles would be surprising if the final details of the new machine are not revealed.

All we know about the event at the moment is that it will last about 40 minutes and will feature updates on the latest titles from Worldwide Studios and world-class development partners. The PlayStation Showcase will be broadcast Wednesday at 22:00 (Italian time) live streaming on the channels Twitch And YouTube officers.

The final details of the PlayStation 5 are almost upon us

Microsoft has already stated that its Xbox Series X will cost $ 499 and which will also release a smaller, less powerful Xbox Series S for $ 299. Both consoles will be available on November 10th. As such, Sony fans can’t wait to learn more about its next console.

While we look forward to the upcoming event, PS5 is currently available for pre-order. However, the process is confidential only to some specific people selected by the same company.

Graphene: an instrument can reveal its mysterious properties