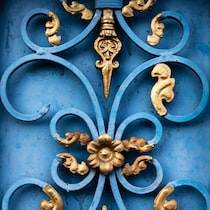 There have been rumors about it for weeks, but the PlayStation 4 firmware update v1.70 has finally had a firm release date. That’s right, Sony has announced that the patch will go on sale on April 30. This is obviously a big plus for console owners themselves, but it also means we don’t have to write any more articles speculating about the release of the long-awaited update. huzzah!

The patch contains a plethora of new features, including an HDCP switch and digital pre-loading for pre-ordered games. Most notably, however, it includes the newly revealed SHAREfactory software, which will allow you to edit the clips you’ve recorded together and then upload them to the social media stream of your choice. You can find out exactly what kind of videos you can make with the app here.

PS4 Trophies Show 67% Of Players Are Stuck With Monster Hunter: World On Top

Are you happy that we finally have a release schedule for this megaton update? Will you use the new social capabilities of the system?

this update will be worth it

Xiaomi: all mobiles that will receive the update to Android 13 | Smartphones | | smartphone