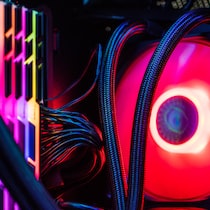 Plextor’s new PX-NAS2 features a dual SATA drive configuration with options, for now, of one and two terabytes of capacity, although we can also purchase it without drives to choose our own options.

Among its most outstanding features we find its automatic synchronization system, with the push of a button of all kinds of USB drives such as pen drives and digital cameras, its DLNA 1.5 compatibility, which is the most widespread standard for streaming video and audio in consumer electronics that includes consoles such as Sony’s PS3 or Microsoft’s Xbox 360.

It also allows you to make automatic backups on PC and Mac systems (compatible with Time Machine) as well as automatically upload files to systems such as YouTube, Flicker, etc. The unit has customizable security settings per user as well as data encryption for greater security of our personal information.

Fossil joins the fashion of wearables with the new Q

Another of its features, perhaps the most sought after in new generation NAS, is that it is capable of downloading autonomously from FTP, Bittorrent, http, etc. The communications interface is Gigabit Ethernet and it has two USB 2.0 ports that we can use for external storage or also control a printer as a printserver.