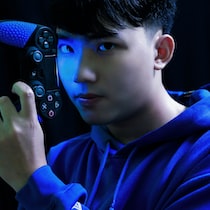 Upcoming games from the creators of The Last Guardian and Control will launch on the PlayStation 5, but they won’t be published by Sony, as many had hoped. The awkwardly named genDESIGN is led by legendary creator Fumito Ueda, who previously operated as part of Japan Studio before going independent in 2011. He continued to work with the first part of PlayStation until the completion of The Last Guardian, but has now decided to collaborate with Epic. in his next title.

Finnish developer Remedy, meanwhile, was heavily rumored to have entered into a publishing deal with the platform owner – we had even heard rumors about it from very reliable sources. He has also decided to sign with Epic, along with the creator of Inside Playdead. To be fair, the deal sounds extraordinary: the three teams will have 100% of their development costs covered, but retain the rights to any intellectual property they create, and get at least 50% of the profits.

Sony will have to lower the benefits of the PS3

Crucially, they will also have full creative control. Frankly, it’s the kind of deal that Sony would struggle to compete with, as it typically demands intellectual property on any of the titles it publishes. However, despite the games being confirmed for the PS5, the PlayStation fanbase has been restless ever since today’s announcement, as many expected genDESIGN and Remedy to come out exclusively in the aforementioned format.

Of course, these aren’t the only developers on Earth, and we’re confident that fans will be pleased once Sony properly announces its next-gen console in the very near future. In the meantime, perhaps we should all appreciate the fact that three very talented independent teams are getting the support they need.

Coronavirus: a drone to control the temperature on the beach in Ostia

Internet: Google Keep introduces an option to drag and insert images into other ‘apps’ on Android devices – Technology