Planet Nine: on his trail with the Atacama observatory 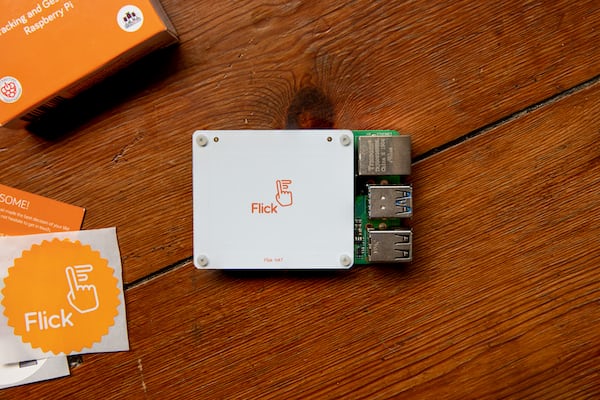 Planet Nine: on his trail with the Atacama observatory

Somewhere on the edge of our Solar System there may be a planet whose existence eludes us. We hypothesized its existence to explain the strange behavior of some celestial bodies in the Kuiper belt, but until now all our efforts to locate it have been in vain and there is still no trace of Planet Nine.

Now a team of researchers led by the Center for Computational Astrophysics at the Flatiron Institute in New York has put itself back on the trail of the elusive planet and decided to do so by scanning the sky at millimeter wavelengths with the Atacama Cosmology Telescope, located in the Atacama Desert in Chile, one of the most advanced instruments currently for cosmology research.

Christmas trees: between true and false which are better for the planet?

The hypothesis of the existence of Planet Nine

The elusive planet, whose existence is currently only a hypothesis, would have a mass between 5 and 10 times that of the Earthand would orbit on a very eccentric trajectory at a distance between about 400 and 800 astronomical units (UA), so it would be far beyond Neptune towards the edge of our system.

The existence of Planet Nine is by no means certain, to explain all of them the orbital anomalies observed in some celestial bodies of the Kuiper belt, in fact, many alternative theories have been proposed and it does not necessarily mean that they are caused by the gravitational attraction of a large planet that we cannot see. In fact, some researchers argue that Planet Nine is just a statistical accident.

Mars, the 4 challenges we will have to face on the Red Planet

In search of the hypothetical planet in submillimeter frequencies

But many believe that its existence is possible and probable and the only way to find out if it is true is to find it. This is why the team of researchers under the leadership of the Center for Computational Astrophysics is using the Atacama Cosmology Telescope (ACT) to hunt him down orobserving the sky at microwave wavelengths to study the cosmic background radiation (CMB). A planet that is located on the edge of the Solar System would in fact be extremely difficult to identify in the wavelengths of the visible or in the infrared. Up to now, in fact, with this type of observations we have not obtained any results.

The search for the hypothetical planet using telescopes that study the CMB would allow to identify the Planet Nine as “the heat balance of large objects far from the Sun is dominated by their gravitational contraction and by the residual heat of formation, resulting in a temperature that is approximately independent of their distance from the Sun, and for sufficiently large distances this can partially compensate, or even exceed, the resolution advantage enjoyed by optical instruments over those with millimeter or submillimeter wavelengths”, As Valentina Fanfani, PhD student at the Milano-Bicocca University and co-author of the study explained to Media INAF.

Planet Nine, the new planet of the Solar System discovered

Trying to identify some traces of the mysterious planet, Sigurd Naess, researcher at the Center for Computational Astrophysics, head of the study, and his colleagues, including several researchers from the Bicocca University of Milan, observed about 87% of the sky accessible from the southern hemisphere with ACT for six years. All the data and observations in the millimeter wavelengths were then processed with different techniques trying to identify among all those images, something that could finally provide proof of the existence of planet nine.

The research team indeed searched in the images and data to locate what could be the characteristics of Planet Ninebased on previous studies, such as the one performed by Fortney and colleagues, published in April 2016. The characteristics identified for the hypothetical planet concern, for example, aspects such as mass, radius, temperature and physical composition.

Mars, for Elon Musk the first settlers of the red planet will die

Fanfani explained to INAF Media that they focused on researching the planet two hypothetical scenarios: at first they hypothesized that the planet had a mass equal to 5 earth masses; in the second instead it is equal to 10 times the earth’s mass.

Each of these main scenarios were applied sub-models which take into account “three different values ​​of the radius and three corresponding surface temperatures, both linked to variations in the structure of the planet as it consists of a core of rock and ice, and an envelope of hydrogen and helium. Each of these models of Planet Nine is therefore associated with a certain flux density that the ACT telescope is expected to observe at each of the three observation bands, and which varies according to the distance of the planet, which is expected to be correlated. in turn to its own mass ”, said Fanfani.

Oumuamua can be a fragment of a shattered planet

In the six years of research, the team of scientists observed all the sky observable with the ATC exploring distances from 300 to 2000 AU, identifying about 3500 possible raw sources that could aspire to the place of Planet Nine. But by analyzing the sources in detail, the researchers found no trace of the hypothetical planet and the final result of the study excludes, with a confidence interval of 95%, the presence of a planet with the characteristics sought in the area under examination.

Once again, therefore, no trace of the Planet Nine.

Image by PIRO4D from Pixabay