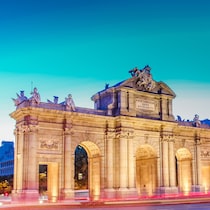 Konami launched the Open Beta of PES 2018 which will allow users to play for free Pro Evolution Soccer 2018 on Xbox One And PlayStation 4. The company will allow users, until July 31, 2017, to preview the new edition of the popular soccer game. The latter, we remind you, will be available starting from September 14.

In order to access the beta phase of PES 2018, you just need to own one Sony console or be enrolled in the program Xbox Live from Microsoft. Gamers will be able to access two demo modes in the game. The first allows you to play a quick 1-on-1 match online. The second, however, is the Online co-op to play up to 3 against 3. The teams available in the demo of PES 2018 there are only two, that is France And Brazil.

PES 2018: Open Beta launched to play for free until the end of the month

Furthermore, with the Open Beta Pro Evolution Soccer 2018 allows you to decide whether to play during the day or at night or during a rainy day. As for the features offered by the new generation of PES, it will be possible for video game lovers to play 11 vs 11 in online mode. This new feature will be joined by the ones already available 2 vs 2 co-op And 3 vs 3 co-op.

Among the main features proposed by the new edition of Pro Evolution Soccer there will be a new, much improved graphic design compared to the previous version thanks to the use of the system Real Capture. This will allow the player to enjoy more real lighting both day and night. Furthermore, thanks to the 20,000 elements, the pitch, the changing rooms and the players themselves will be even more realistic.

Konami has decided to improve the movements of the players that will be more real and to devote greater attention to details, such as the uniforms that will be worn differently on each player based on physical form. PES 2018, then, will reintroduce the random selection while the Master League will bring lots of news, such as seasonal tournaments, pictures from the locker room and pre-match interviews.