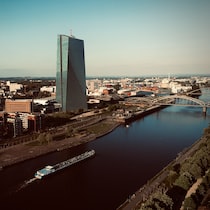 NZXT has in its catalog a striking line of motherboards with original and sober designs thanks to a black and white housing system. We already analyzed models such as the NZXT N7 in its versions with the B550 chipset and the more powerful N7 Z590, and now the company has announced its new models based on the Intel Z690 chipsets for Alder Lake.

These are the new revisions of the NZXT N7 and NZXT N5 for new 12th generation Intel Core processors with Z690 chipset.

The NZXT N7 is the top of the range model, based on the Z690 chipset coupled with a 13 phases12 for the CPU and 1 for RAM, all of them with DrMOS VRM phases. It includes WiFi 6E and Bluetooth 5.2 connectivity, three M.2 NVMe ports, support for DDR5 memory at 5,000 MHz as standard with overclocking, and all this while maintaining the characteristic design with black or white housings. Its price is 300 dollars.

On the other hand, the NZXT-N5 It integrates the same Z690 chipset, with a more adjusted price of 240 dollars and a simpler design without its casing, although with black and white touches on the heatsinks.