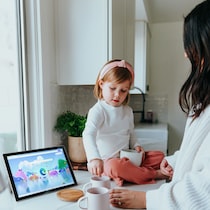 The number of shader units has not changed but Nvidia takes advantage of its better efficiency of the new Fermi chips and adds a little more screen fill capacity and bandwidth to give a significant performance jump in its new flagship graphics card for affordable prices .

The new GTX 550Ti has a working frequency of 900MHz, although we will see versions with overclocking above Gigahertz, with configurations of 1GB of GDDR5 RAM with a 192-Bit bus (improving the 128-Bit of the GTS 450) and increasing also the number of rasterization units up to 24 (compared to 16 on the GTS 450). This increases the bandwidth by 50%, improving the response of the card with filters at full screen and high resolution, and the padding capacity by almost 15% which will also translate into more performance especially in games that emphasize in more traditional techniques such as the yet to appear Crysis 2.

The card will have dozens of variants depending on the manufacturer, I hardly think we will see reference versions, but we can count on silent operation, it has a consumption of about 116w, with a single power connector, and dual slot thermal designs with dual DVI outputs and Mini-HDMI connection among others.

Its price: 129 Euros in versions without overclocking.