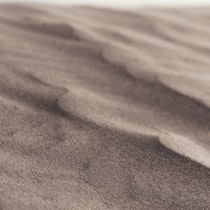 Repair the iPhone screen thanks to iPhone Repair Córdoba

Two new Smartphones with Windows Phone 7 operating system and a very interesting design based on materials such as polycarbonates and bright color screens with AMOLED technology. These are the letters of introduction to the new Nokia Lumia range that is shown in two models: 710 and 800.

The new Lumia 800, spearhead of this new range, has a 3.7” screen with AMOLED technology, resolution of 800×480 points, Qualcomm MSM8255 processor with a frequency of 1.4GHz, 512MB of RAM, 16GB of storage, camera of 8 megapixel lenses with Carl Zeiss optics, Wifi-N, Bluetooth, A-GPS and HSPA+ support with download speeds of up to 14.4mbps. Some pretty impressive hardware, a pretty capable operating system, and perhaps Nokia’s first hit in quite some time.

The Lumia 710 will be the younger brother for now, but it also has remarkable features. Its design is similar, with bright colors made of polycarbonate, with the same screen size, 5mp camera, the same 1.4GHz processor, 512MB of RAM, Wifi-N, 8GB of storage, Bluetooth, GPS, etc.

Both models will arrive at the end of the year with approximate prices of about 420 Euros for the Lumia 800 and about 270 Euros for the Lumia 710. Interesting prices for successful designs, first-class hardware and an operating system that is much more capable than Symbian. Hopefully this is the definitive step for Nokia to get out of the hole they dug for themselves.