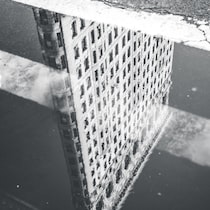 Recently there was talk of NiceHash had achieved 100% performance on the new cards NVIDIA with cryptomining limiter LHR. But among these there were a couple of models who were excluded for having a new algorithm LHR 3.0, the NVIDIA RTX 3050 and the RTX 3080 with 12 GB of VRAM, the last two models that the company has launched. But from NiceHash now they inform us that This algorithm is already deciphered in its 90%achieving almost total performance.

In this way, the software QuickMiner in its version 0.5.4.2 RC – LHRv3 it has unlocked almost all the potential in these models and completely in the ones before them. In order to work with this version of QuickMiner, you need install NVIDIA 512.15 drivers or a higher version. Thus, with the NVIDIA RTX 3050 unlocked at 90% you can get up to 41MH/s and with the 12 GB NVIDIA RTX 3080 this rate goes up to 90 MH/s.

Even with these good figures for Ethereum mining, it seems that miners they have lost interest in cryptocurrencies, being a source of investment to speculate with them. The graphics cards are at minimum prices that have not been seen for several months and soon we will have the next generation of graphics cards from NVIDIA and AMD available.