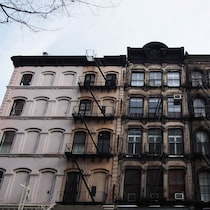 FIFA 20 Demo now available for download for PlayStation 4, Xbox One and Windows

PES’s successor, eFootball, will be as basic as you can imagine when it launches later this year, with just nine licensed teams and basic exhibition matches. The free-to-play title will be expanded with paid modes such as the Master League at a later date, but there is no date for this at the moment. Many fans have pointed out that this all looks a lot like a launch demo.

Konami agrees: “In many ways, yes. . We want people to get to grips with eFootball as soon as possible, so we’re launching it with a limited number of teams and modes. Exact details will be given later. The Japanese publisher clarified that there will be no microtransactions at launch: just the aforementioned exhibition matches for now.

Huawei will launch its AppStore in Europe during Q1 2018

In fact, it seems that eFootball might not be as egregious with virtual currency as its predecessors in its yet-to-be-announced team-building mode: “Previous games had a strong ‘lottery element,’ but eFootball allows you to name and acquire your favorite players with Match Pass, a system to receive items based on the matches played. There will be free and paid Match Passes.”

So it looks like the MyClub successor to the title will take advantage of a Battle Pass system, as opposed to loot boxes masquerading as Special Agents. To be honest, we can’t imagine any of this would work particularly well for Konami, but we can only assume that the publisher has done its homework. Will you give eFootball a try when it launches in early fall?

Press Rewind: PlayStation Plus, Destiny Gripes and The Crew