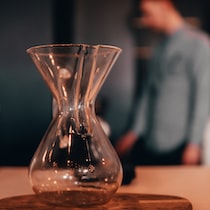 News Will FIFA 21 and Madden NFL 21 be the PS5 launch games?

End of the month, so you know what’s coming: batch of new games on subscription services! Since Microsoft They have done a 2×1, suddenly announcing Xbox GamePass matches and Games with Gold. Those of the first, clearly the main course, are:

For games with gold, we have Bird Colony AND Project Highrise: Architect Edition for the Xbox One/Series part. There are two city/structure management titles, so if you like the genre, you’re in luck. In the backwards compatible part, the chosen titles are super meat boy AND Raskulls.

Another month with a somewhat weak catalog. at least on Xbox GamePass we have several gems. It clearly highlights assassin’s creed origins, which will also be patched to run at 60 FPS on PS5 and Xbox Series X/S. Let’s not forget the arcade action of Coro, or of course, the Ninja Gaiden Master Collection trilogy. Of course, be careful, that also says goodbye to several works such as Limbo or Darkest Dungeon.