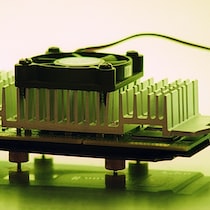 Last year, Razer surprised everyone with their razer kishi. A peripheral designed to make it easier for us to play from our smartphone. In this way we have an experience similar to a Nintendo Switch or any other portable console. Of course, Razer has substantially improved the peripheral so that it works much better than its first version.

Razer has announced the Kishi V2, 99 euros, its new mobile controller that allows us to attach our Android phone to offer an experience more similar to that of a portable console. As for what’s new from the previous version, Kishi V2 has some common hardware features with Razer’s Wolverine V2 controller. Specifically, its buttons now use microswitches instead of membranes, so we will have a better feel when using it. Additionally, there are two macro buttons near the triggers, one on each side, that can be custom programmed using a mobile app.

Do you like out of fashion pants in The Witcher 3? Good news, your romantic dialogue is expanding

The Razer Kishi V2 now uses an extendable rear bridge, doing away with the old, somewhat less intuitive folding mechanism. This allows you to easily insert or remove the phone from the controller. and ensure the compatibility of more phones. To give you an idea of ​​compatibility, the new controller can accommodate Google’s large Pixel 6 and Pixel 6 Pro, as well as Samsung Galaxy Note 10 series phones. From there to smaller terminals we should not have any issue. And if your phone has a case, removing one of the pre-installed rubber inserts might help it fit.

The Kishi V2 supports USB-C charging, but it lacks a headphone jack. Playing games with wireless headphones is an issue due to latency. It would be interesting to recover that connection through this peripheral in future editions to have a better response.

Today the Android version has been released, for the iPhone version we will still have to wait. It should be said that Android is a more suitable operating system for an implementation within the operating system while iOS seems to hinder these solutions. If you like to play from your smartphone you will love the new Kishi V2.

We also take this opportunity to remind our readers in Argentina that they already have Cloud Gaming available in their country. Microsoft has already enabled all the infrastructure so that we can play from anywhere with its solution.