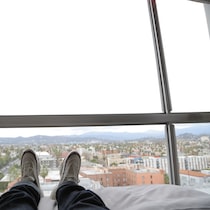 The configurations of the new E7 are varied, it has 18 models as soon as it is released, with prices ranging between 700 and 4,500 Euros in quantities of a thousand processors. The TDP ranges between 95 and 130w and we can find models with up to 30MB of third level cache.

The new generation E3-1200 has also seen the light. These new processors are aimed at cheaper workstations with prices ranging between 160 and 600 Euros. Its configurations are 2 and 4 cores with consumption between 45 and 95 watts and frequencies between 2.2 and 3.5GHz. They also have cache variations of 3, 6 and 8MB of third level cache and use a new generation of C200 chipset with variants with integrated graphics and up to 28 PCI Express lanes.