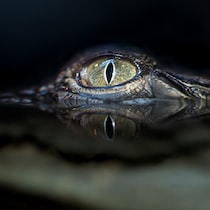 Controllers that offer the new ASUS P6X58-E WS the support for Serial ATA 6gbps and USB 3.0 that has been missing in the professional range of ASUS uniprocessor motherboards.

The new board is a powerhouse for workstations capable of up to six-core processors and premium graphics systems with support for up to five simultaneous graphics cards and with Nvidia SLI and AMD Crossfire modes for up to four GPUs or three simultaneous cards. . To reserve enough PCI Express lines, it has an Nvidia NF200 bridge that guarantees good operation in SLI configurations and multiple Nvidia Tesla graphics.

The board has an Intel X58 chipset, which is what is required for processors with this socket, with a maximum of 24GB of RAM, RAID modes 0, 1 and 5, double Gigabit Ethernet with functions such as “teaming” and depending on ASUS interesting overclocking features.