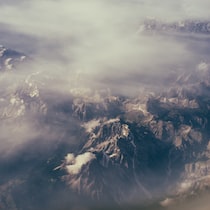 We will find two models in Spain, specifically 13 and 15.6-inch screens, with very interesting features in both cases and prices that start from 899 to 1129 Euros.

Both models are based on Intel’s 2010 Core platform with the HM55 chipset and Core i3 and Core i5 processor options. The U53JC model has two versions, V18 and V20, with Core i3 and Core i5 processors respectively. They mount 500 and 640GB hard drives, a 15.6” screen with a resolution of 1366×768 points, 4GB of RAM, USB 3.0, HDMI, Gigabit Ethernet and an Nvidia Geforce 310M graphics card with 1GB of RAM and Optimus technology with automatic graphics chip change. This model also has an 8-cell battery, Wifi N and Bluetooth. Its price depending on the version is €899 for the V18 and €1099 for the V20.