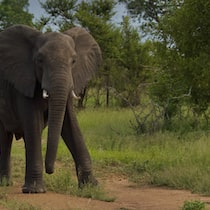 The Xbox One S got a complete overhaul in August, and this led to some great sales for Microsoft products. Xbox One was the best-selling console thanks to the launch of the new Xbox One S, but this revamp has also brought additional benefits. In fact, Microsoft managed to sell a lot of Xbox One S controllers in August. It was a truly extraordinary number that allowed Microsoft to sell more than all other gamepads in the United States, according to NPD Group. The new gamepad, sold 79,000 units. That was enough to surpass Sony’s DualShock 4, which NPD analyst Sam Naji points out is typically the best-selling controller.

Microsoft launched the Xbox One S and One S Xbox Controller on August 2nd. These systems have a new color palette, as well as a number of other revisions. The console is thinner, supports the expanded HDR color spectrum, and is capable of playing movies in blu ray with UHD 4K resolution. The controller, meanwhile, includes a number of interesting updates. In particular, Microsoft has changed the resistance of its analog sticks, expanded the range of its wireless receiver, and added Bluetooth connectivity. the Xbox controller an interesting novelty for all console gamers as well as people who primarily play on a PC.

Read also: XBox One: How to free up storage space

With Bluetooth support, you can now connect an official Microsoft gamepad to your Windows device, without having to purchase a wireless dongle. The new key also works with third-party devices, such as iOS and Android smartphones and also with the connection Steam Valve streaming. Microsoft’s rising sales aren’t expected to last very long, though. In fact, Sony has just launched the new PlayStation 4 model on September 15, this console comes with a new DualShock 4 controller, which is therefore destined to be the best-selling controller. in the US in September.

Read also: Xbox One: Connect and use physical keyboard from PC on console