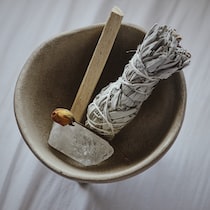 As we have been talking for a while, cloud gaming is the new boomand although all the technology companies with the most hands in this regard have been embarking on this type of project for a long time, it is now when these seem to have reached their maturity and they are beginning to be seen in the public eye.

The information that concerns us today is yet another proof of this, and that is that with the launch of Google Stadia a few days, Microsoft has announced that the Project xCloud will be available for PC this coming 2020in addition to finalizing some data among which, unfortunately, neither the rates nor the availability of the service are found.

What we do know is that more than 50 new titles will be added to the service, which are immediately available to customers Previewand among which are Devil May Cry 5, Tekken 7 or Madden 2020to highlight some of the more than 5000 games which, according to the company, are already operating in Project xCloud.

During this phase of previewthe service remains an invite-only service and is only available on android devices using official Xbox controls, although for next year, together with the availability on PC, We will also find support for Razer controls and the Sony DualShock 4.