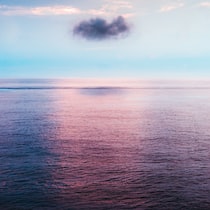 microsoft confirmed today, after some confusion in the E3that xCloud will be available as a public test later this yearthus announcing that the service is deployed and in the phase of internal testing in its Alpha versionso it will not be long before we can see the fruits of the development of this new service.

According to Mark Skwarski, xCloud is already in the hands of Microsoft workers around the worldwith blade servers spread across data centers in 13 regions around the world that will provide the platform with the necessary power to work with thousands of users behind it.

How to fit a table to the page in Microsoft Word

Like many employees of microsoft already have access to the service in its Alpha phase, the public will have the opportunity to take a look at this new technology more forward this yearsomething that will be a great showcase for the proposal of Microsoft CloudGaming.

Without a doubt, the battle in the space of the CloudGaming is served, having as main actors Microsoft xCloud or Google Stadia among others, which stand out among other things for the great computing power available to them, a key piece of this new technology that aims to change the way we play.