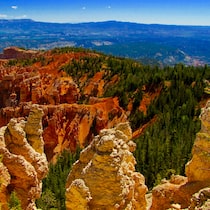 A few days ago, Google unexpectedly announced its Project Stream streaming game system, a model by which anyone can play demanding PC processor games in the cloud that will be accessed through the company’s own Chrome browser. Now microsoft show your proposal Project xClouda similar system that adds some interesting features.

The first thing that stands out is that Project xCloud It will not be limited to a browser and will work from devices such as mobile phones or tablets among other devices.

It will use the infrastructure of Microsoft Azure servers and it will require, at least in the current test mode, a connection of at least 10 Mbps, a fairly affordable figure available in multiple places that is less than half of the 25 Mbps that Googel’s alternative requires. The Azure data center network is available in 140 countries and 54 regions covering much of the globe.

Microsoft: this is how much the patches used to block the CPU bug affect

To achieve the best latency, Microsoft has worked on improvements to the video codecs used to stream games as well as new technologies in the field of its network infrastructure.

In addition, Project xCloud will support Xbox One wireless controllers connected directly to compatible devices so you can play a wide range of Xbox One games directly from mobile and other less powerful devices.

Ubisoft will close the servers of 15 games, including some of 2019