Mercury may be full of diamonds: research explains why 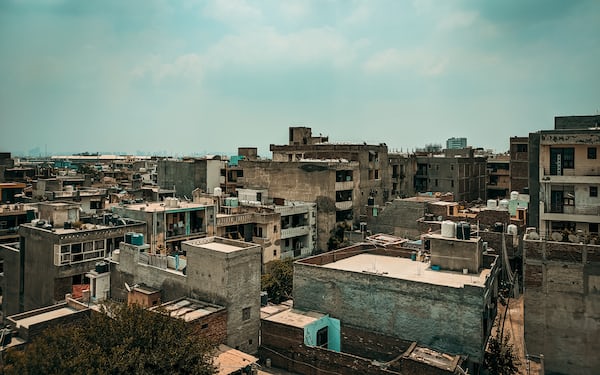 Mercury may be full of diamonds: research explains why

Scientists think the surface of the smallest planet in the solar system may be covered with space rocks, due to the abundance of carbon and pressure caused by the collision of asteroids. According to recent studies, Mercury’s tumultuous early years may have turned this planet into a world studded with diamonds.

The space rocks that they collided with Mercury they may have shattered layers of carbon, which cover much of the planet, creating fragments of diamonds. “The pressure wave from asteroids or comets hitting the surface at tens of kilometers per second could turn graphite into diamonds,” said Kevin Cannon, geologist at the Colorado School of Mines, who presented his findings to Lunar and Planetary Scientific Conference in Houston. “There may be a significant amount of diamonds near the surface” of Mercury, explains the geologist.

Rumors: PS4 Exclusive Resogun May Be Getting Local Co-op DLC

It turns out then that Mercury is not just a hot piece of rock which orbits the sun closely, is a complex world. Findings from Cannon and other geologists reveal new details about its unique geological history, including the likely presence of many diamonds. Mercury is smaller than two of our solar system’s moons (Titan and Ganymede), and is known for short years and long days, orbits the Sun every 88 Earth days and completes one rotation every 59 days. The daytime temperatures reach 426 ° C – only Venus is warmer. Mercury’s lack of atmosphere implies on the other hand that its night temperatures drop to -143 ° C.

Stonehenge may have been assembled as if it were a Lego

But these jaw-dropping statistics are not what sets it apart, in geological terms, but the abundant carbon on the planet (in the form of graphite) and the large amount of asteroid collisions some 4 billion years ago.

During a violent and destructive time, intense late bombardment, Mercury has likely seen twice as many collisions as the Moon – and our lunar neighbor is completely cratered.

Like many other planets in our solar system, including Earth, the young Mercury was covered with oceans of magma, which later cooled and hardened. But unlike other planets, a layer of graphite floated on the molten rock. In his ongoing study, Cannon modeled the effects of frequent impacts in the upper 19,000 meters of Mercury’s crust over billions of years.

Apple launches “Today At Apple”: free creative lessons in all stores starting in May

According to the geologist, the graphite could have been more than 8,000 m3 thick and the impact pressure of the asteroid would have been enough to transform 30% to 60% of that graphite into what Cannon calls “shock diamonds”. These space gems, perhaps 16 quadrillion tons, the geologist estimates, are likely tiny and will be scattered and buried.

Data from other surveys also support this conclusion

Some meteorites, such as the rock fragments known as Almahata Sitta that fell in the Nubian desert of northern Sudan in 2008, contained small diamondspossibly produced by collisions between asteroids.

And planetary scientists like Laura Lark, a researcher at Brown University in Providence, Rhode Island, who also presented her latest study at the LPSC conference, have identified dark points of graphite on Mercury’s surface in images captured by cameras aboard the Messenger spacecraft. . which orbited and mapped the planet between 2011 and 2015.

The “eternal chemicals” may persist in the air in our homes, offices and schools

The false color maps drawn from these images, the most detailed currently available, show areas of primordial material, with low reflection rates, that the researchers believe to be graphite. “If this material is graphite, as we think, then it’s thick layers. There is more carbon than you would expect in an ocean of magma, “says Lark,” which could mean that Mercury was particularly rich in carbon from the start. “

As Mercury formed, the metallic elements sank and eventually built the planet’s core, with the rocks solidifying on top.

The global contraction of Mercury began more than 3.85 billion years ago

On many planets, the most of the carbon it ends up becoming part of the metal core in the mantle above it. But it appears that Mercury ended up with a lot of carbon embedded in the planet’s crust. Conversely, on Earth, diamonds are born only from deep underground carbon, under intense pressure.

Apple: The AirPower wireless charging pad may be coming soon

New research on the asteroids that crushed Mercury could solve another mystery: why the planet has an unusually large core despite its small size.

Some scientists believe that its core would make more sense if the planet were much larger and then withstand a massive impact that sent pieces across the solar system.