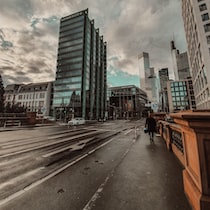 Here’s a little Maxi Game poll for you on this lovely Thursday morning – how many of you remember République? Neither of you, well, that was to be expected. A bit of history for you, then: this was one of those early Kickstarter success stories that promised Earth and then quickly disappeared from the radar. A stealth game starring David Hayter and directed by Patriots producer Ryan Payton’s Metal Gear Solid 4: Guns, originally implemented on PC and smartphones. And now, as you may have already guessed, it’s coming to the PlayStation 4.

The title has been picked up by GungHo which will help publish the launch as an exclusive console on Sony’s next-gen machine. Starting in 2016, the PS4 bundle will include all five episodes, which have been released piecemeal across the aforementioned platforms for the past three years. The game itself, for those who don’t know, sees you using security cameras in order to guide a female character to safety. The concept was “borrowed” later by Watch Dogs, so you’re probably already familiar with the game loop. Anyway, we have included a trailer below.

New Year: origins and customs of one of the most popular holidays