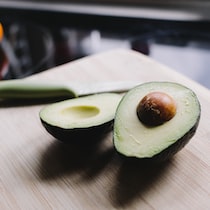 A new filtration has revealed a new Intel processor with 24 coresworking together with a graphics card Intel Arc A770. We have been able to see the leak on the UserBenchmark website in which this Intel processor has been recognized as a Next Generation Raptor Lake with a total of 24 cores divided into 8 high performance and 16 high efficiency, with a total of 32 execution threads. Base speed is 2.4 GHz and can go up up to 4.6GHzfigures well below expectations as it is a test unit.

On the same computer has been found installed a Intel Arc A770 graphics card high end. Intel Arc cards for desktops are yet to come, and for laptops we’ve only seen the entry-level Intel Arc A3 range, none of the higher-end A7 series. Despite being one of the most powerful models, it has been recognized as an integrated card of only 1 GB with a performance that does not correspond to the model.

A toxic volcanic lake on Earth resembles the planet Mars