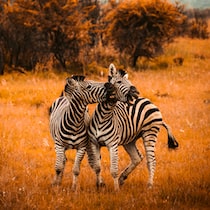 What started out as a humorous ad has turned into an ad-heavy game in the form of Lawn Mowing Simulatorwhich will arrive next week August 10but unfortunately it won’t be included with Xbox Game Pass.

This was revealed to us by PureXbox in an interview with the game’s lead producer, Michael Davies, who praised Xbox Game Pass for being “absolutely amazing for gamers and developers alike” but ruled out the inclusion of LMS at launch.

Xbox Game Pass has been absolutely amazing for gamers and developers alike, allowing more people to play many more games. We’re not ruling anything out, but we have no plans for Game Pass at this time.

Lawn Mowing Simulator will be an Xbox Series X and Xbox Series S console exclusive (there is no Xbox One version at launch), and will be available for $29.99. It’s also coming to PC if you want to play there.

Xbox Series X: we discover the new console from Microsoft

Will you pay to mow virtual grass on your Xbox Series X or S?

WRC 10 review: is it still the best rally simulation game?