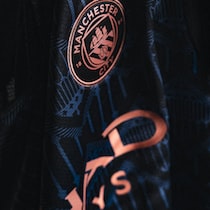 Dropshot is the latest new mode in Rocket League.

Although there are still several months to their debut, iPhones 13 are already on everyone’s lips. What is hoped is that these will be able to fill the big gaps of the current generation. These days, the YouTube channel 4RMD published one of the video concept best made of the iPhone by. Let’s go and find out together.

Finding concepts online about future iPhones is a breeze. Finding a good one is nearly impossible. The one released by 4RMD these days shows a iPhone 13 Pro with all the features described by the latest rumors. The result? the dream of many Apple fans.

iPhone 13 Pro: the potential features shown in a video concept

4RMD’s iPhone 13 Pro has a similar design to that of the current generation. According to rumors, the device features a ProMotion display with 120 Hz refresh rate and always-on technology. The notch gets smaller and the rear camera takes a quantum leap with the addition of a sapphire lens. Then, the port-less configuration that is being talked about so much these days could not be missing. iPhone 13 Pro is pictured with a powerful chip A15 Bionic, 5G connectivity, 8 GB RAM memory and storage space up to 1 TB. The concept also speaks of the Return of the Touch ID fingerprint sensor below the display.

Apple: this is why iPhone 11 is not the smartphone to buy

The video, in practice, brings together all those that, in theory, should be the novelties of the new premium iPhone. There is no doubt that such an iPhone 13 is the dream of many. Knowing Apple, however, the chances of seeing all the features described above in this year’s model are very slim. As usual, Cupertino will make a selection and leave the other news for the next few years. Look forward to all updates on this.