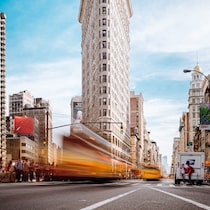 There are about 2 months left until the official presentation of the new smartphones of the bitten apple. This year, as you well know, the company will present 4 different iPhone 12 models. According to what emerged in the past few hours, the Pro variants will have an upgraded RAM memory to 6 GB. Let’s find out all the details about it.

Yes, according to the well-known leaker L0vetodream, the iPhone 12 Pro will have a RAM of 6 GB, 2 GB more than current iPhone 11 models. This will allow the devices to easily manage demanding apps and games. The basic variants, on the other hand, will keep the 4 GB of RAM. Will it really be like this?

This year’s iPhones will no longer differ in display quality. All 4, in fact, will mount OLED displays. Apple will have to focus on other features to make the more expensive variants “professional”. From what several analysts and leakers believe, the next iPhone 12 Pro will have a 6 GB RAM memory, but not only that, these will also be equipped with the much requested ProMotion display with refresh rate up to 120 Hz. These features, along with the triple camera with LiDAR sensorwill mark the clear separation between the “normal” and the Pro models.

Recall that what has just been said turns out to be only the result of assumptions, consequently, the final products may have different characteristics. The iPhone 12 will be presented during a special keynote, probably held online, during the month of September. The launch of the devices, however, is scheduled for October / November. Look forward to any updates in this regard.