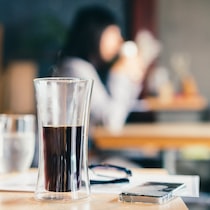 Intel’s 12th Generation “Alder Lake” Intel Core processors mark the company’s removal of thermal design power (TDP) as an informed specification to consumers. This is one of the many innovations introduced by these chips, such as multi-core heterogeneous I/O, new generation of I/O, etc. Over the past few weeks, we’ve been looking into various aspects of Alder Lake, and one remains from our main release. One day’s hotfix is ​​the mysterious new power management setting of these processors.

For most of the microprocessor’s history, TDP has been a measure of a chip’s heat output, which correlates with power consumption. With the increasing complexity of processors, such as the addition of multiple cores, embedded core logic, integrated graphics, etc., making today’s processors essentially a system on chip (SoC), TDP has been steadily losing relevance . A processor marked “65 W” on the box doesn’t necessarily stay below that power consumption at all times. Rather, it can go much further than that in short bursts. The idea here is that the heat sink has a mass that can absorb a certain amount of heat before temperatures rise significantly. So even if 200W of heat is poured into the cooler for just a few seconds, overall temperatures will hardly be affected and the cooler will still be adequate.

Above is a table from our Intel Core i9-10900K review that explains how this “additional heat output” system works. When a demanding workload starts, the CPU will run at its PL2 power limit, which is a much higher value than the standard TDP, 250W vs. 125W in the chart above. After a few seconds, a specific duration called “Tau”, the boost headroom, is exhausted, and the processor will drop back down to its default power limit (PL1). It will maintain that heat output indefinitely until the workload ends.

Intel denies that it will end with the name Extreme Edition

The time-averaged power dissipation that the processor is validated not to exceed during manufacturing while running a highly complex workload specified by Intel at the base frequency and junction temperature as specified in the datasheet for the processor. segment and model settings.

So let’s translate this. “Processor Base Power” is a vague “typical” value of power consumption in an undisclosed Intel workload that is definitely “optimized” to return the desired value of 125 W. It is interesting that the i9-12900K, i7 -12700K and i5-12600K all run at the same 125W in this special workload despite their completely different performance characteristics. “Maximum Turbo Power” is the actual limit, the maximum amount of power the processor can consume at the stock setting for an indefinite period of time.

For the i9-12900K, this is 241 W. Unlike past generations of processors that were limited by the Tau time value to maintain maximum power consumption, or PL2, Alder Lake processors now run at maximum power consumption indefinitely if the load demands it and as long as the processor does not reach the thermal limit of 105 ° C. This is done without inventing a new system; Intel simply adjusted the PL1 and PL2 values ​​and set them to 241W, which means the processor can run at 241W all the time as long as it doesn’t overheat. The “125W” limit now only exists on paper and in marketing documents.

As with previous Intel CPUs, the PL1 and PL2 values ​​are fully adjustable even on non-K models. In this article, we tested a Core i9-12900K processor with various power limits ranging from 50W to 241W, which include 75W, 100W and 125W. We also include 190W, which is the rumored power limit. configuration of upcoming non-K Alder Lake processors. All of these results are compared to an untouched original Core i9-12900K and several other processors in a large selection of our processor benchmarks. For its part, Intel strongly recommends that you leave your power management settings intact for best performance, but there are many practical applications of power limitation, such as working with a power inverter in an expedition vehicle or leaving your machine on for night, where you absolutely don’t want an idle background app or Windows cleanup task sucking power.

Intel will launch the new Haswell-E processors on August 29