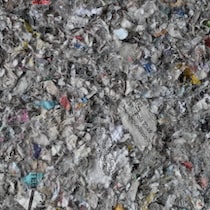 Intel reduces the TDP of its quad-core processors

The pity is that although these processors promise less consumption than the previous ones, based on a frequency of 1.5GHz, the truth is that they do not manage to reach the consumption levels of competing processors, especially those based on ARM architecture, for what we can not expect from devices with Intel processors great levels of autonomy although superior performance in terms of processing capacity is concerned.

One of the things they promise is 1080p video playback, which curiously is already quite difficult for the current N-series Atom, and superior integration since in this SoC (System on chip) concept everything is integrated into the processor itself, based on a 45nm manufacturing process, which Intel has managed to reduce by almost half the space of its current solutions.

It is expected that the first products based on these new Atom Z6 will see the light during the summer, at the beginning of the second half of the year, so they will still enjoy a time of potential hegemony since the first chips of the competition at this frequency and this level of integration is not expected until next year.