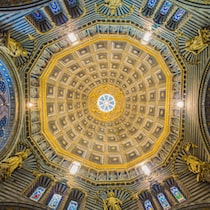 Nokia 6 available from today in Italy: price and technical specifications

The first devices are expected to be released before the end of the year and will cover not only mobile phones but also netbooks, tablets, televisions, vehicle navigation systems, etc.

The new platform will be governed by an open source development model and uses Qt as a cross-platform development vehicle that can be marketed through the Ovi Store and Intel AppUp. The first official version will be available in the middle of this year but it will be compatible with any of the Qt applications that are already developed for Maemo or Moblin.

Apparently the new platform will be open to other integrators so we will not only see Nokia products but also from any other developer, which is why it is postulated as a direct bet against Google’s Android.