How much damage a nuclear warhead does 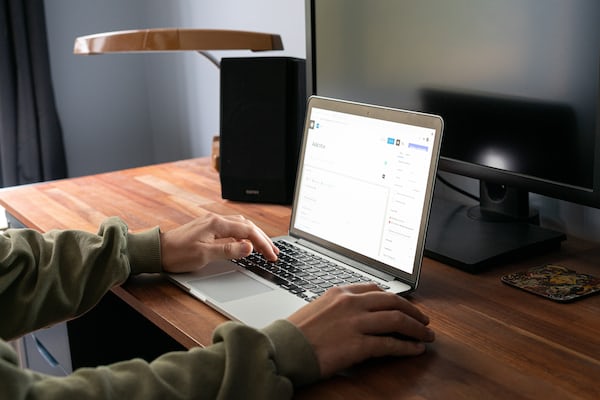 How much damage a nuclear warhead does

The Russian President Vladimir Putin generated a real global alarm ordering the army of his country to put its nuclear forces on “special alert”a decision he claimed was in response to “aggressive statements” by the West, amid international condemnation of theRussian invasion of Ukraine. The decision stems from the fact that Putin warned that “anyone who tries to obstruct” Russia in Ukraine can expect consequences “that you have never seen in your history”.

“This is a chilling development,” thundered the UN secretary general António Guterres, in a special session of the United Nations General Assembly. “The simple idea of ​​a nuclear conflict is simply inconceivable. Nothing can justify the use of nuclear weapons “. The United Kingdom Defense Secretary, Ben Wallacesaid he believes Putin’s raising the Russian nuclear alert is just rhetoric aimed at distracting from a stammering invasion.

How to set a new default download folder for Edge

What is the Russian nuclear arsenal

According to data from January 2022 compiled by the Bulletin of Atomic Scientists in the annual Nuclear Journal, Russia has one nuclear stockpile of 4,477 warheads. Signatory of the Nuclear Weapons Non-Proliferation Treaty, the country has significantly reduced its nuclear arsenal from a 1980s high of around 40,000 warheads, much like its Cold War enemy, the United States, also one of the 191 treaty signatories and which has reduced its stocks from around 30,000 in the 1960s to just under less than 4,000 today.

However, while the overall number of existing nuclear weapons has decreased, the their potency has increased significantly since the atomic bombs were dropped on Japanese cities of Hiroshima and Nagasaki at the end of World War II, causing over 200,000 deaths by the end of 1945 and many more thereafter. Although these bombs had a strength of approximately 15 and 20 kilotons respectively, current Russian nuclear warheads mostly have a strength of between 100 and 800 kilotons. The United States ranges from around 100 to 1,200 kilotons, while NATO’s other two nuclear states along with the Americans – the United Kingdom and France, which have significantly fewer warheads than the United States and Russia – possess weapons of a few hundred kilotons. . The United Nations Disarmament Office agrees that a nuclear bomb can destroy an entire citypotentially killing millions of people and endangering the natural environment and the lives of future generations through its long-term catastrophic effects.

How does a nuclear attack take place?

A nuclear weapon can be donated on the surface or in the air; the latter has an impact on a wider geographical area and this is how the atomic bombs of Hiroshima and Nagasaki were used.

1. A fireball vaporizes everything in its wake

According to a simulator created by the Outrider Foundation, a US-based body that fights against nuclear weapons and climate change, a 300-kiloton nuclear bomb detonated in the air would create, within a split second of detonation, a ball. of fire just over a square kilometer. This fireball would heat up to a temperature hotter than the sun, instantly vaporizing everything inside it.

2. Heat burns everything over a much larger area

Over a much wider radius than the fireball – just over 160 square kilometers, according to the Outrider Foundation – the intense heat generated by the explosion would leave people with severe or fatal third-degree burns, while anything that is made of materials like plastic, wood and fabric would catch fire. People outside of this range could still suffer first or second degree burns. In addition, the resulting lightning from the explosion would temporarily blind anyone looking in its direction at the time of the detonation.

3. A shock wave would add destruction

By rejecting the surrounding air, the rapid expansion of the fireball would cause a shock wave of approximately 70 square kilometers. Hurricane winds would demolish reinforced concrete buildings, and people in this area could be injured or killed by collapsing structures and debris carried by high winds. To make matters worse, damage to health workers and infrastructure would mean that those injured in the blast are unlikely to be able to rely on timely medical attention.

According to the Outrider Foundation, about 50% to 90% of those who initially survive the heat and shockwave would die from poisoning “within hours or weeks” from the extremely high levels of radiation emitted by the nuclear blast.

Furthermore, the mushroom cloud created by the explosion would carry radioactive debris high in the air and over great distances. The radioactive particles would remain in the environment, contaminating it for years to come; for example, they would be absorbed by crops and, as a result, they would infiltrate our food chain. In the years following the explosion, many people exposed to such radiation would die from cancers such as leukemia.

This is what has already been studied in the survivors of Hiroshima and Nagasaki. According to data published by the International Committee of the Red Cross (ICRC) in 2015, nearly two-thirds of all deaths among Hiroshima survivors in the previous 12 months were related to cancer; in the case of the Nagasaki atomic bomb, it was just over half. The ICRC also noted that children under 10 who were exposed to atomic radiation in 1945 were four times more likely than the general population to be diagnosed with leukemia.