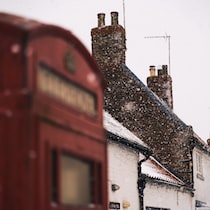 Sony Santa Monica has been hit by today’s layoffs, the studio has confirmed. In a statement to IGN, the platform owner revealed that the move is the result of a “resource readjustment” and is a decision that “has not been taken lightly.” The firm added that it has offered affected employees “outplacement services and severance packages to ease the transition.”

It’s unclear how many workers have been laid off, but the aforementioned post reports that one of the projects the developer was working on may have been terminated in the process. Like Naughty Dog and Guerrilla Games, the Sony-owned subsidiary currently consists of multiple teams, with former God of War directors Stig Asmussen and Cory Barlog reportedly heading up separate projects. The status of these two unannounced titles is currently unknown.

As such, the news is worrying. Earlier in the year, the developer announced that he had secured larger office space, and indicated that he was actually looking to expand as part of the move south of Playa Vista. Fascinatingly, a video designed to showcase team culture has been mysteriously put private on the platform carrier’s YouTube channel.

It’s hard to imagine anything major going wrong in the month since the video was posted, which makes today’s round of job losses even more confusing. In addition to its own in-house productions, the studio also supports outside developers like Honeyslug and Ready at Dawn, so it’s possible the layoffs are related to that area of ​​its operations. However, until we have more information, it is very difficult to say. In the meantime, our thoughts go out to everyone affected.

Chaos theory: what it is and why it is known as the butterfly effect

Apple: AirTag and Beats Studio Buds in special edition for the year of the Tiger in Japan

I have. Mobile makes war on Iliad: here is the new super promo