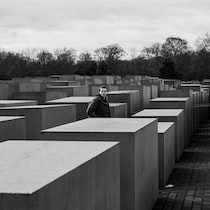 The company of the videogame phenomenon of recent times, Epic Games, does not stop taking home “real victories”. In the past few hours, Nintendo has decided to release data on the 20 most downloaded games on the Switch during 2019. It goes without saying that Fortnite, of course, ranked first. A big slap from Epic Games to anyone who thinks the game is dying.

For years now, the video game of Epic Games, Fortnite, conquers primates. The company’s battle royale it is known precisely for its unique ideas. Fortnite is not just a video game, it is a real community. The success, no doubt, will continue for a long time to come.

There are not many users who decide to download video games from the Nintendo Switch e-shop. This is because the internal memory of the Nintendo console is very limited. The vast majority of users, therefore, prefer to opt for the physical versions. It is however interesting to find out which were the most downloaded titles in the store. As already mentioned, in the first place we find Fortnite. What are the other 19 ?. Below we report the entire ranking.

As you can see, many of the titles on the chart are Nintendo exclusives. What will the data be for next year? Will Fortnite continue to be first? Look forward to any updates in this regard.