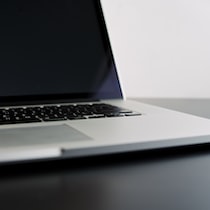 Discover which are the most relaxing video games, according to a study | Bonus Finder | Games Players | TECHNOLOGY

In the past few hours, a real fuss has raised against Epic Games and its battle royale video game, Fortnite. Numerous users, in fact, have accused the company of making the battle royale pay to win due to a hang glider released in the game last month.. Here are all the details about it.

The famous hang glider that all Fortnite fans are talking about in these hours is the celebratory one of Deadpool, Dragacorn. It seems that this gives a considerable advantage to the players who use it in matches. Here’s how Epic Games plans to proceed.

Fortnite: the animation of the Dragacorn hang glider will be changed

A myriad of competitive Fortnite world players have taken advantage of the new hang glider in their recent games. The Dragonhorn animation causes the character to jump making him very difficult to hit when in flight. Such a situation does not happen with any other hang glider in the game. Since the beginning of the controversy, the company has been heavily accused of making Fortnite pay to win. This, he promptly decided to disable hang gliding in competitive games (Arena). But that’s not all, very soon the company will modify the animation of the hang glider to make it uniform with the others.

This is the profile of the Mexican players

Epic Games specified that all those who have the Dragacorn hang glider in their locker will have the possibility, once the change is made, to refund it without the expense of any refund token. What has been the response of the community to the news? Look forward to any updates in this regard.

Amazon: spectacular offers for everyone active only today

Amazon is spectacular: a new list of many free offers