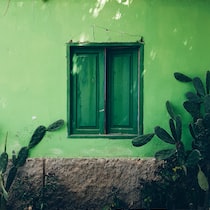 The debut of the most anticipated video game console of the year is now missing. PS5 will officially arrive in Italy on November 19th. The price will be 399 euros for the digital version e 499 euros for the disc version. In the past few hours, Sony has not limited itself only to revealing this information, also revealed a tide of new and old titles. Obviously, could not miss an announcement regarding the well-known battle royale Fortnite. That’s when it arrives on PS5.

Yes, the well-known title of Epic Games will also be available for the next generation Sony console. The news is not an absolute novelty. A few months ago, in fact, The video game company had hinted at the arrival of Fortnite not only on PS5, but also on the new Xbox. In the past few hours, the first trailer and the release date of the game has been unveiled.

Vampire: The Masquerade – Bloodhunt is the new free Battle Royale

Fortnite available on PS5 at launch

A trailer a few seconds left all fans of the well-known Epic Games battle royale speechless. Fortnite on PS5 will continue to support the Unreal Engine 4 but will bring to the field a series of breathtaking aesthetic innovations. New high definition graphic effects, new sounds and a fluidity never seen before. The difference compared to the PS4 version will be evident. We also remind you that in the course of 2021 Fortnite will support Unreal Engine 5 with even more mind-blowing changes.

Fortnite’s well-known battle royale will not be long in coming. At the end of the trailer you can read, in fact, that this will be available as soon as the console is launched on the market. We can’t wait to be able to experience first-hand what Epic Games and Sony have managed to create. Look forward to all updates on this.