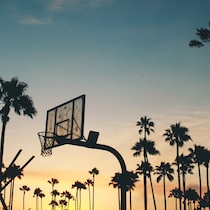 In recent days, several dataminers had unearthed information that suggested a delay with the release of the new Fortnite season. Well yes, in the past few hours, it was Epic Games itself to confirm everything. Through an official statement, in fact, this has made it known that season 2 of chapter 2 will be extended. Let’s find out until when.

It is not the first time that Epic Games has decided to postpone the start of a season (season 2, chapter 2). However, no one expected the matter to repeat itself so quickly. The company did not specify the reasons for which this decision was made. Did the health emergency have contributed?

Fortnite: the new season 3 will officially begin on June 4th

Well yes, we are not talking about a delay of a few days. Season 3 will start, barring other postponements, on June 4th. We are talking about a month away from the date originally announced (April 30). The giant of the videogame phenomenon, however, is keen to point out that it will do everything possible to entertain the players to the maximum. In fact, the official press release speaks of the addition of new challenges, special events, always fresh gameplay and various surprises. Will all this be enough not to drive the fans crazy?

Apparently not. In the past few hours, a real storm has broken out within the community. On the one hand, there are those who point the finger at the impropriety of Epic Games. On the other hand, who justifies it for the particular situation we are all experiencing. Now, we are really curious to see what the company will invent to avoid falling into the abyss. Look forward to any updates in this regard.

Ubisoft will close the servers of 15 games, including some of 2019