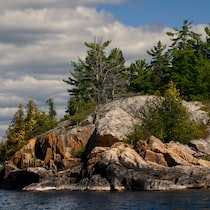 Win a The Last of Us Part II goodie pack

Fortnite company Epic Games released a new version of the game, 12.50, about a week ago. Within the game codes, dataminers have found what will most likely be next season’s Starter Pack. In this article we go to find out the content and the price.

Starter Packs are one of the hallmarks of Fortnite. Present for several seasons now, they allow users to have a nice Skin and some V-Bucks at a really affordable price. Epic Games releases one at the start of each season. Although there is still a month left to start season 3, his Starter Pack seems to be already known. Let’s find out together.

Fortnite: This will be the Season 3 Starter Pack

As we have already told you at the beginning of the article, the famous package was found in the game codes of the latest Fortnite update (12.50). The content turns out to be really interesting. This will contain a skin in blue rarityits decorative themed back, a pickaxe in blue rarity and well 600 V-Bucks. The Skin will be called “Yellowjacket”, the decorative back “Backstabber” and the pickaxe “Venom Blade”.

The bundle will be offered at the same price as the other Starter Packs, 4.99 euros. This will be available in the various stores immediately after the start of Fortnite season 3. Considering that the value of the items contained in the package is over 20 euros, this turns out to be a real deal for all video game fans. We will keep you informed as soon as it becomes available. Look forward to any updates in this regard.