First gameplay from Cyberpunk 2077 on Xbox Series X and Xbox One X. 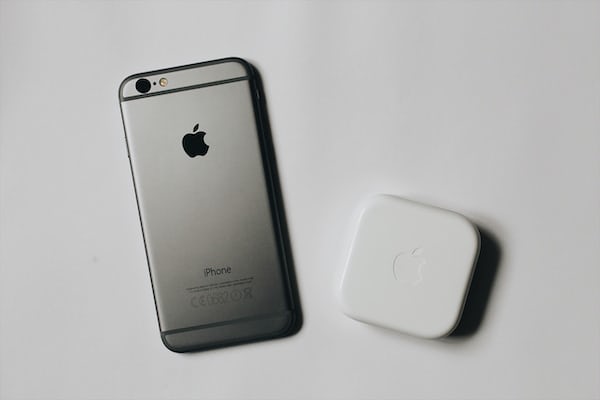 First gameplay from Cyberpunk 2077 on Xbox Series X and Xbox One X.

In this new Night Watch you will find the first gameplay of Cyberpunk 2077 on Xbox Series X and One X, new Lego Mario sets, a new Gwent expansion, the post-launch plans for Immortals Fenyx Rising and much more!

Hello dear PU visitors! It’s already Wednesday and that means it’s just one more day before the PlayStation 5 launch! The Guard is gasping out of his window, waiting for the mailman, while he turns on his Xbox Series X again. Yes, it is a luxury problem … If you are one of the lucky ones to receive a PS5 tomorrow, have fun!

In the meantime, it is of course time for game news. But not before the Guard shares a nice song to get in the right mood. Regular visitors may know that this Wacht is a big fan of the band Deftones. In addition to a recent new album – Ohms – they will also release a remix album of the best record ever made: White Pony later this year. He is now twenty years old … and now the Guard feels very old, because he had a nice puberty on the then brand new White Pony. Anyway, the remix album is called Black Stallion and below is one of the songs, Passenger, mixed by Mike Shinoda (from Linkin Park).

And now it is really time for game news!

There are sixteen new Lego Mario sets coming next year

Well, game news … Lego news apparently! There will be sixteen new Lego packages based on Mario next year. This year, a basic package and various expansions have already been released and so much more will be added in 2021. It concerns a large new customization set, three expansions, two new power-up packs and ten figures.

The most interesting is the Master Your Adventure Maker Set, a ‘creative toolbox’ that allows you to customize the layout of current sets and also includes a new Start pipe to set new rules for your interactive Mario. The expansions include the Chain Chomp Jungle Encounter Expansion Set, the Piranha Plant Puzzling Challenge Expansion Set, and the Wiggler’s Poison Swamp Expansion Set. The outfits cover Penguin Mario and Tanooki Mario.

It is important when you get started with Lego Mario, that you at least have the basic set – it includes the interactive Mario and you can expand it from there.

New Gwent expansion will be released on December 8th

Speaking of expanding (yes, the Guard is a master of bridges.)! A new expansion for Gwent: The Witcher Card Game will be released on December 8th. Way of the Witcher features new maps and a new campaign to work through. In total, ten new cards are added per faction and ten neutral cards. Players can also expect new cosmetic items to be unlocked via the battle pass-like system.

Reservations and read more about the expansion – including checking out a few new maps – can be done via the official website. Gwent: The Witcher Card Game is available on smartphones, tablets and PC. Check out a new trailer of Way of the Witcher below.

New teaser site for The World Ends With You opened

Square Enix has launched a new teaser website for Subarashiki Kono Sekai, also known in the West as The World Ends With You. That is striking, because no new game has been announced yet! The original appeared on the Nintendo DS and iOS, and a ‘Final Mix’ also appeared on the Switch last year, although the custom controls were not appreciated by all fans.

Either way, the teaser website is counting down to November 24. Then something may be revealed. Fans are hoping it’s not about the upcoming anime version of the franchise, but that remains to be seen. This anime is scheduled for 2021.

The World Ends With You is an action-packed RPG where lead character Neku Sakuraba and his allies are forced to take part in a game that will determine their fate.

Ubisoft has released an update that improves Ghost Recon Breakpoint on PlayStation 5, Xbox Series X and Series S. The game will be playable on consoles via backward compatibility anyway, but the update improves the games, as can be read on the official website.

Lenovo ventures into the world’s first folding laptop with its ThinkPad X1, with a 13.3-inch OLED screen

For example, there is now a performance mode that allows the game to run at 1080p at 60 frames per second. The resolution mode changes that to 4K (and 1440p on the less powerful Series S) at 30fps.

Xbox app will get another update soon

The official Xbox app for your smartphone will receive an update soon. Beta testers now have a number of interesting new features. For example, they can use the app to create a custom profile photo with photos on their phone – that profile photo is then also used on your profile on your Xbox console.

It will also soon be possible to browse through all Xbox games you have ever bought, with of course the option to filter and sort according to your choice. You can also update your list of messages and group chats.

It is not known when the update will be available to everyone. Many people have downloaded the app in recent weeks – when you start up the Series X or Series S for the first time, you will be offered the option to do the set-up via the app. And that’s damn easy!

The post-launch plans for Immortals Fenyx Rising have been announced

Just a few more weeks and Immortals Fenyx Rising (you know, the game previously known as Gods and Monsters) is out. Ubisoft has announced what players can expect after the game’s launch. For example, there will be a season pass with three story-driven expansions, but people can also expect free content.

The three expansions are for season pass holders only and are titled ‘A New God’, ‘Myths of the Eastern Realm’ and ‘The Lost Gods’. In A New God, main character Fenyx must complete a series of challenges invented by the gods of Golden Isles. These challenges are done in Olympos, home of the gods. Myths of the Eastern Realm revolves around an age-old war between Heaven and Earth. Players do not control Fenyx, but Ku, who manages to escape the curse of the broken sky and must try to save the fallen world. Finally, The Lost Gods also contains a completely new adventure, but remarkably enough adjusts the camera. Thanks to the isometric camera angle, it looks like a completely new game!

In terms of free content, players can expect daily and weekly new quests, community competitions, vault challenges and new cosmetic items. Besides the complete game itself, of course. So there is always plenty to do, whether you purchase a season pass or not.

Immortals Fenyx Rising revolves around Fenyx, a demigod that players assemble themselves to save the Greek gods from destruction on The Golden Isle. The island is divided into nine regions, each with its own Greek god. The game is also very reminiscent of The Legend of Zelda: Breath of the Wild, with a stamina bar and the option to climb everything. The game will be released on December 3 for Xbox Series X and Series S, Xbox One, PlayStation 5, PlayStation 4, Nintendo Switch, Stadia and PC. People who buy a current-gen version first can download a free next-gen update later.

None other than Jaden Smith – Will Smith’s son – has a song on the soundtrack of PS5 and PS4 game Marvel’s Spider-Man: Miles Morales. ‘I’m Ready’ now also has an official music video, which you can watch and listen to below. In advance to get in the right mood for Thursday of course!

The game is now available, but you can of course only play it on the PS5 from the nineteenth – after all, the console will be released.

CD Projekt Red aired a Night City Wire livestream online last night out of nowhere. It showed extensive gameplay from the Xbox One X and Xbox Series X versions for the first time.

So you can now see for yourself what that looks like below and determine whether you want to play the game on your Xbox One X or Xbox Series X at the end of this year – or perhaps wait for the next-gen update that will be released sometime next year. To be clear: the Xbox Series X images in the video below are from the game that runs via backward compatibility, and therefore without the next-gen update.

Either way, Cyberpunk 2077 will be available on PC, Xbox One and PlayStation 4 from December 10, and playable on next-gen consoles via backward compatibility. A livestream of the game will follow next Thursday evening. At an as yet unknown date – before the game’s release – CD Projekt Red will also release gameplay from the PS4 and PS5 versions of the game.

Ubisoft will be delighted, because no other launch of an Assassin’s Creed game has been as successful as Assassin’s Creed Valhalla. That game sold more copies in the first week of release than any other AC games in the same period. It is not known exactly how many copies are involved.

Ubisoft also provided some other statistics. For example, the game is the most successful PC launch for the publisher ever, there are more than 3.5 million games of Orlog won (that’s a dice game in the game), there are more than 55 million buildings in the Viking village of players. built and more than 1.8 million drinking competitions have been won. The Guard certainly contributed to this on its Xbox Series X!

Are we all familiar with the situation surrounding the Justice League movie? In short, the DC movie came out in 2017 and flopped nicely, and Zack Snyder is now working on a director’s cut, which should be a lot more extensive and hopefully better. The film should air on HBO Max next year. Below you can see at least a brand new trailer!

The guard thinks it’s enough. Have a great Wednesday everyone, and have fun (or good luck) again at the PlayStation 5 launch tomorrow!