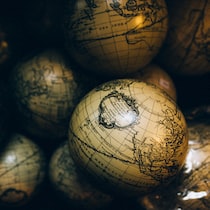 The Witcher 3 runs fine on PS4, the map is divided into three huge parts, almost no loading screens

The current shortage of stock couldn’t stop the PlayStation 4 from taking a second straight win over the Xbox One in February’s NPD report. While exact numbers remain under wraps, Sony is believed to have sold around 290,000 new-gen systems to Microsoft’s still-respectable 258,000 units. Ever the spin doctors, the latter claim that he actually dominated the month due to his device being priced higher. It seems fair to me.

However, the ongoing console war is doing wonders for the North American gaming industry as a whole, as total sales of hardware, software, and accessories are up 9 percent year over year. In total, the market attracted a whopping $887 million in February 2014, compared to $810 million the year before. Hardware was up a whopping 42 percent due to the aforementioned devices, but “most platforms” enjoyed a surge from January.

Software fell, but analyst Liam Callahan noted that combined PS4 and Xbox One game sales to date are 80 percent higher than those of the PlayStation 3 and Xbox 360 in the first four months. Surprisingly, The LEGO Movie Videogame didn’t mimic the success of its cinematic sidekick, as it was knocked off the top by Call of Duty: Ghosts. Elsewhere, NBA 2K14, Thief, and Grand Theft Auto V rounded out the top five, while Lightning Returns: Final Fantasy XIII debuted in eighth place.

Of course, all of this leaves the industry perfectly primed for a dramatic showdown in March. Microsoft will be counting on its Titanfall bundle to do the business, while Sony has banked on Sucker Punch’s superhero sequel, inFAMOUS: Second Son. Both machines will also receive Metal Gear Solid V: Ground Zeroes, although the series has always performed better on PlayStation platforms. The real wild card is whether the Japanese giant can actually get any stock on store shelves.