Decrease in rainfall in the next few hours in Veracruz: PC 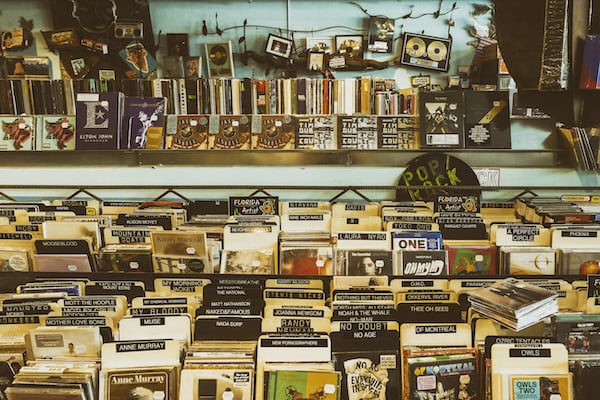 Decrease in rainfall in the next few hours in Veracruz: PC

Xalapa, Veracruz, June 23, 2022.- In the next 24 hours, the magnitude of the rains in the state is expected to decrease, concentrating the most important in the mountainous regions of the center and south. The maximum temperature values ​​increase slightly compared to the previous day. The prevailing wind on the coast will be from the North and Northeast from 20 to 35 km/h. The Gray Alert is deactivated and a Special Notice is issued in order to continue taking precautions against possible puddles, pluvial-type floods, slow and rapid response monitoring of rivers and streams, as well as areas vulnerable to probable landslides, landslides and landslides.

Records of maximum/minimum temperatures and rainfall for the last 24 hours from the CONAGUA Meteorological Observatories.

Today dawns with clear to partially cloudy skies in much of the state.

On the surface: trough with axis from northwestern Sonora to northern Michoacán: tropical wave 6 with axis above and south of the center of the country; dorsal over northeastern and southeastern Mexico.

At high altitudes (200 mb): anticyclone with a center southwest of Baja California Sur, a ridge extends to the north of the country; the circulation of the low TUTT, with a center in the northwest of San Luis Potosí, covers part of the north, west and center of the national territory; dorsal over southern, northeastern, and eastern Mexico; channel on the southeast.

Eastern Pacific: tropical storm Celia with a center south-southwest of Zihuatanejo, Guerrero, moving away from the national coasts; monsoon trough very close to the southern coast of the country.

In the next 24 hours, the probability of rains and storms is expected to decrease and concentrate in entities in the northwest, west, south, center, east and southeast, with the maximum accumulated in Sonora, Sinaloa, Nayarit, western Jalisco, Colima, Michoacán, Guerrero, southeast of the State of Mexico, north of Puebla, Veracruz, Oaxaca, Chiapas, Tabasco and Campeche. On the other hand, a slightly or slightly lower maximum temperature change is expected, with the highest maximum values ​​in Baja California Sur, Sonora, northern Sinaloa, sectors of Chihuahua and Coahuila, Nuevo León, Tamaulipas and sectors of the Yucatán Peninsula. . Meanwhile, the lowest minimum temperatures will continue in entities in the north and center of the country, as well as in the southern mountains. It should be noted that in Sonora heat is expected at dawn. On the coast of the Gulf of Mexico and the Caribbean Sea, winds are expected from the southeast, east, northeast and north of 20 to 35 km/h with gusts of 40 to 55 km/h in the Sonda and the state of Campeche. On the Mexican Pacific coast, winds are expected from the Northwest, West and Southwest of 20 to 30 km/h with gusts of 30 to 40 km/h from Baja California to Nayarit, from the East and Southeast with gusts of 55 to 70 km/h. . greater from Jalisco to Guerrero, and from the North with gusts of 50 to 65 km/h in the isthmus and Gulf of Tehuantepec.

Shin Megami Tensei V could come to PC, according to leak

Northern Region (Pánuco to Colipa Basins): Cloudiness decreases as the morning progresses, increasing again in the afternoon-night with the probability of rains, mainly in the mountains. Estimated accumulations in 24 hours of 5 to 10 mm, being probably higher in a more dispersed way. North and northeast wind from 20 to 35 km/h. The maximum temperature values ​​increase compared to yesterday, a temperate to cool environment at night-early morning. Tmax. 33-36°C in the Huasteca; 31-33°C on the coast. Tmin. 21-24°C (lower values ​​in the mountains).

Central mountainous areas: partly cloudy in the morning, increasing cloudiness and chance of rain with thunderstorms in the afternoon-night. Estimated accumulations in 24 hours of 5 to 15 mm, probably being higher in a more dispersed way. Wind from the Northeast, East and Southeast from 15 to 25 km/h with gusts of 40 km/h, the latter mainly in the Perote Valley and greater in storm areas. The values ​​of the maximum temperature increase slightly compared to yesterday, cool to warm environment from night to early morning. Tmax/Tmin 24-27°C/13-16°C (lower in the Perote Valley).

Coast and central plain: Partly cloudy in the morning, increasing cloudy at night and towards dawn-tomorrow with a chance of showers and storms. Estimated accumulations in 24 hours of 5 to 15 mm, probably being higher in a more dispersed way. Haze during the day. Wind from the North and Northeast from 20 to 30 km/h with gusts of 45 km/h and higher in the storm zone. The maximum temperature values ​​increase slightly compared to yesterday, a temperate environment from night to early morning. Tmax. 32-34 °C on the plain and 31-33 °C on the coast. Tmin. 22-25°C.

South Region: (Paloapan, Coatzacoalcos and Tonalá basins, including Los Tuxtlas): Cloudy to partly cloudy, chance of rain and storms. Estimated accumulations in 24 hours of 5 to 20 mm with maximums of 20 to 50 mm, with greater probability being more dispersed. Northeast wind from 20 to 30 km/h with gusts of 40 km/h on the coast and higher in the storm zone. The maximum temperature values ​​increase slightly compared to yesterday, a temperate environment from night to early morning. Tmax/Tmin 30-33/22-25°C (Minors in the Tuxtlas region).

waves near the shore

Forecast models show below-average cumulative rainfall for the next seven days in most of the state; On the other hand, an average temperature equal to or lower than the climatological temperature is expected in practically the entire entity. Climate models indicate a month of JUNE with accumulated rainfall equal to or greater than average and slightly warmer in most of the state.