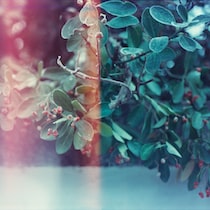 We’ve known for some time that CD Projekt Red plans to support Cyberpunk 2077 post-launch with downloadable content. The developer has previously said that the game will follow a similar path to The Witcher 3: Wild Hunt, which received two big (and absolutely excellent) expansions in the space of 13 months after its release in 2015.

And now, we have a little more information on the developer roadmap. In a recent investor Q&A session, per VGC translation, CD Projekt Red confirms that “at least” two expansions for Cyberpunk 2077 will be revealed before the game’s September 17, 2020 release date. yes, the company remains confident that it will arrive on the promised date, at least at this time.

Tales of Zestiria has sold over 400,000 copies in Japan, and free DLC is being awarded after the game to celebrate

With all of this in mind, we’re likely to hear about Cyberpunk 2077 DLC plans in the coming months. Building on the success of Hearts of Stone and Blood and Wine, we can’t wait to see what’s in store for us.

Bermuda Triangle: the mystery of Flight 19 revealed after 76 years