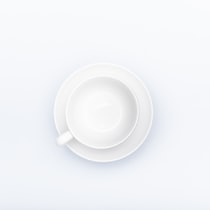 When did the coronavirus first appear in humans? Difficult to say. If we look at the official numbers regarding the epidemic, the beginning took place in China towards the month of December, an aspect that has been inserted in the name of the disease that the virus can cause. Having said that, there are many doubts about it.

A recent study in France found that there were apparently already cases a month earlier than the first confirmed in the country, or December, as in China. The possibility that the coronavirus therefore appeared much earlier is practically certain, albeit the exact timing is unknown.

Airlander 10: the eco-friendly airship aims to operate flights by 2025

France is not the only country to have noticed all this. Even in the United States some autopsies have shown that the SARS-CoV-2 it had struck well before January 21, the day of the first official recorded case.

Coronavirus: when did it come to us?

Several weeks the news came out that in Italy suspected cases of pneumonia in hospitals in the north of the country had already been recorded in late November. In China, the authorities of Wuhanthe city so far considered the epicenter of the pandemic, indicated a possible case as early as December 8.

Where did the virus originate? And when? These are questions that have not yet been answered. Many researchers are engaged in various studies in order to be able to figure it out, an essential aspect for several reasons. Estimates that go further back in time see a possible departure of the infection around 27 Augustthat is already last summer, five months before the start of the epidemic.