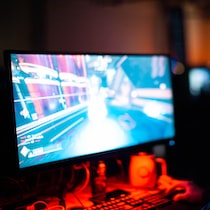 Launched on June 1, 2017, Xbox GamePass has since evolved and expanded its catalog of games across console, desktop AND mobile via the cloud.

As part of its fifth anniversary, Xbox celebrates with its community and all kinds of video game fans the happiest day of the year, Yellow Day, with two murals hidden in the streets of Mexico City that hold a surprise: the first 200 people to take a photo with someone and share it by tagging @XboxMexico will win a three-month Xbox GamePass Ultimate membership.

It was the British psychologist, Cliff Arnalle, author of the formula that indicates that June 20 is the happiest day of the year due to the warm weather that surrounds this date and the Christmas season, being ideal for socializing and having a good time with friends and relatives.

Cliff was also the creator of the equation to determine Blue Monday, the saddest day of the year, versus Yellow Day.

The two murals that celebrate the anniversary of Xbox GamePass on the yellow day capture what the service represents: dynamism, adventures, diverse universes full of colors, mysteries to discover and more, through some of the most iconic characters in its catalog.

The first is in the streets of Colonia Juárez and portrays Marcus Fenix, COG Sergeant in Gears; the mythical Spartan John-117, better known as Aureola’s Master Chief; and tyler ronancostar of Tell me why.

The second is located on an avenue in the Roma Norte Colony, made up of Lesedi Singh, daughter of the greatest pirate to ever sail Sea of ​​Thieves; the boxy but charismatic Steve from Minecraft; the intrepid acrobat and psychic who stars in Psychonauts 2, Razputin Aquato; and the crazy toads Rash, Zitz and Pimple, from Battle Toads.

Also read: Youtuber manages to store 512 GB of data on a floppy disk

Valentine’s Day: here are the best destinations to celebrate with your partner