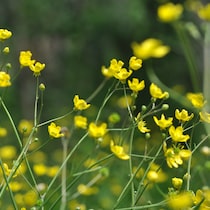 Gigabyte is already a well-known brand for the overclocking capacity of its entire range of motherboards, from the most modest to the most elaborate, but now they even surpass themselves with a motherboard designed directly for overclockers taking ideas and tips from the world’s best overclockers.

Apart from the new black and orange design, which I personally love, this beauty hides enormous potential for overclocking Intel socket 1366 processors. The motherboard is based on the Intel X58 chipset and among its “overclocking” features we find OC -VRM, which is a new power supply system for the processor, OC-Touch, which allows hot changes to be made on multipliers, voltages, and frequencies, or the 4G button, which allows the processor frequency to be increased to 4GHz with the push of a button.

All this with a first level configuration with SLI support for up to three cards and Crossfire for up to 4 GPUs on two cards. USB 3.0, SATA 6G controllers,… a host of features for the most powerful Intel processors.