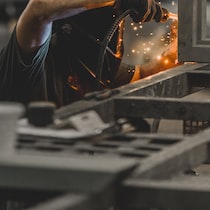 Whether we have a new iPhone SE, Samsung Galaxy A51 or OnePlus 8, battery life of our phone is an increasingly important factor in deciding whether it is worth choosing one particular model over another. The importance of an all day charge has become a key feature. The longevity of the device is also a key factor when thinking about which phone to buy.

The constant emphasis on battery life is one of the reasons why i fast chargers they are now so ubiquitous, at least for high-end devices. The fastest and most powerful of all belongs to premium phones like Galaxy S20 and iPhone 11. A 10-minute charge can be the difference between going into an austere energy-saving mode and completely losing energy before going home.

However they can arise some questions about this quick charge: Could it damage our device over time? Can it damage the battery? Some experts have tried to answer these questions by explaining some truths about the latest generation batteries.

The phone battery will not be replaced anytime soon

All cell phones use rechargeable ion batteries of lithium (li-ion). Making batteries that last longer is difficult, because battery technology hasn’t changed in decades. Conversely, much of the recent advances in battery life have come from energy saving functions integrated into the devices and from the software creation which handles charging and discharging more efficiently.

Alcatel smartphones block some apps until you rate them 5 stars

Unfortunately for cell phones, the focus on extending battery life is generally on your home’s cars, satellites, and power system. Another force working against our phones is the size of the battery. Compared to an electric car battery, a phone’s power source is minimal. For example, the Tesla 3’s rechargeable battery has a battery capacity over 4,000 times that of the iPhone 11 Pro Max.

This is important because the bigger a battery, the more there are tricks to save money and extend its life. For example, when charging a battery, the voltage rises, putting it under stress, especially during the last 20% of the charge.

The phone’s larger batteries can give you all-day life from a charge, but typically only at 100%. This also puts the battery under increased stress due to the increased tension to complete it. Barring a major breakthrough in battery technology, the improvements made will come to make devices more energy efficient.

Fast charging does not damage the batteries

A conventional charger has a power of between 5 and 10 watts. A faster charger can improve it up to eight times. For example, the iPhone 11 Pro and Pro Max come with an 18-watt fast charger, the Galaxy Note 10 and Note 10 Plus have 25-watt chargers in their boxes. Samsung will sell you a 45-watt extra-fast charger for 45 euros.

Unless there is some technical defect with the battery or charger electronics, however, the use of a fast charger it won’t do any harm in the long run to the phone battery.

Fast-charging batteries work in two stages. The first stage applies a voltage discharge to low or nearly empty battery. This gives that 50 to 70% fiery charge in the first 10, 15, or 30 minutes. This is because during the first stage of charging, the batteries can quickly absorb a charge without major negative effects on their long-term health.

In the second phase of charging the phone manufacturers must slow down and carefully manage speedotherwise the process could actually damage the battery. Arthur Shi, a demolished engineer at the iFixit DIY repair site, suggests imagining a battery like a sponge. When you first pour water onto a dry sponge, it quickly absorbs the liquid. For a battery, this is the fast charging stage.

As you continue to pour water onto the increasingly wet sponge at the same rate, the liquid will crash to the surface as it struggles to soak in the saturated sponge. For a battery, this charge is not absorbed it can cause shorts and other problems which could damage the battery.

Damage is rare if everything is well managed inside. The battery management system closely monitors the two charging phases and decreases the charge rate during the second phase to give the battery time to absorb the charge and avoid problems, which is why they can be takes 10 minutes to get those last few percentage points.

They almost completely disassemble the Steam Deck, the screen and the battery are glued making it difficult to replace

The phone’s batteries cannot be overcharged

Overloading is used to cause anxiety among phone owners. The fear was that keeping a phone connected constantly could charge a battery beyond its capacity, making it unstable, which could degrade overall battery life or build up too much internal heat and cause the battery to burst or ignite.

According to the experts we spoke to, however, a battery management system is designed for turn off the electric charge when a battery reaches 100%, before it can overload itself. Remember, however, you can put a strain on a battery as you proceed with a 100% charge, as described above.

Apple takes a smart approach to this problem in iPhone’s iOS 13 software that charges your iPhone to 100% without doing long-term damage. If you keep your iPhone plugged in frequently during the day or while you sleep, you can turn on an iOS 13 battery setting called Optimized Battery Charging which will monitor your charging schedule and keep it out of the stress zone. After that, it will complete charging to 100% before disconnecting the phone regularly. It works best for people who have a regular charging model.

Heat is a real enemy for your battery. It is known that high temperatures reduce service life in time. The advice is to keep the phone out of the sun, away from the window sills and dashboard of your car to avoid overheating, which can make the battery less efficient over time. In extreme cases, an overheated battery could explode.

Temperatures up to 30 ° C can reduce the effectiveness of a battery, said Isidor Buchmann, founder and CEO of battery technology company Cadex Electronics and its Battery University education website.

If you are out in the sun for long periods of time, try covering yourself with a towel or shirt or putting it in a bag along with your cool water bottle. The idea is of keep the temperature rising internal phone.

Battery Drains Quickly on iPhone 7 and iPhone 7 Plus (Solved)

Non-original chargers and cables do not damage the battery

Unless using counterfeit or damaged chargers and cables, mixing and matching cables and chargers it will not harm her. However, we may not recharge as quickly as possible like when using the ones that came with the device.

Some phones, like those of Huawei and OnePlus , use a proprietary charging design, with part of the circuit responsible for fast charging built into the charger. To take full advantage of the device’s proprietary fast charging, you need to use the compatible charger.

How else can I conserve my phone’s battery power?

To extend the life of the battery, you can use the usual tricks to save energy to conserve power, such as dimming the display, turning off Wi-Fi and Bluetooth when not in use.

But the truth is, our phone batteries will only last that long. The trick is get as many months as possible without being in a constant state of anxiety about his charge.

European legislation will require a single charger for all smartphones

iPhone 13: no Touch ID on the new Apple smartphones