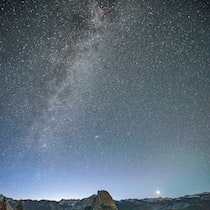 Modular smartphone coming from the former founder of Android: top of the range, extraordinary

Since Microsoft’s purchase of Bethesda was announced on many fronts, the head of the Xbox division has had to answer numerous questions about this move. Obviously, Phil Spencer has not refused to answer any questions, even those that have been put to him twice.

The Xbox team already explained after the purchase of Bethesda that the games of this company that are now added to the Xbox Games Studios catalog will be launched first on PC, Xbox, Xbox Game Pass and xCloud and has insisted on that again. Regarding the launch of other platforms, it will be evaluated on a case-by-case basis.

Of course there will be a Fortnite announcement at the Game Awards.

This is the second time that Phil Spencer has explained to us how the games that they currently have in their possession will work, but we must not forget that they are the owners of all the IP’s and that they can always decide how to act with each one of them. they. It is clear that Microsoft wants to continue promoting its services and this movement is a clear example to ensure that Xbox Game Pass, xCloud, PC and, of course, Xbox, continue to grow and compete with the main releases.

We must also not forget that there is more to life at Xbox Game Studios beyond Bethesda, so we must not forget the other 13 studios that were creating games like Fable, Halo Infinite, State Of Decay 3 or Everwild until last week.

For anyone who missed Phil Spencer on Yahoo Finance yesterday, talk about the #Bethesda exclusives, here’s the video clip:#Xbox pic.twitter.com/km3LNe2ZsV

Founder of SoloXboxOne and Xbox Generation.