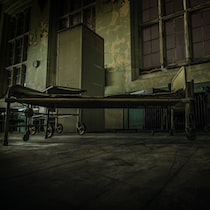 Scarecrow’s psych missions were one of the best aspects of Batman: Arkham Asylum, so it’s exciting to know that they will be returning to Batman: Arkham Knight, exclusively for the PlayStation 4. The trailer below reveals the third and final installment. from the Ace Chemicals infiltration mission that Warner Bros has been teasing for some time, and shows the Dark Knight using the Batmobile remotely to solve puzzles – and to shoot down helicopters, too.

It then concludes with a look at the title’s special add-on, inspired by Dr. Jonathan Crane, which places the caped crusader in a misty environment, as he tries to get away from the looming super-villain in a ruined environment. The sequel is due out next year on Sony’s super machine, so expect a lot more to be revealed in the months leading up to release. Has this video convinced you to continue with the next raid? Try not to inhale any toxins in the comments section below.