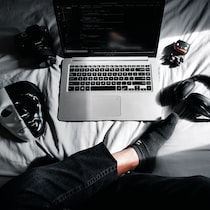 With the introduction of the K-series of Intel processors, Asus introduces its Turbo Unlocker technology to its range of latest generation Intel motherboards. This technology, inherited from the latest range of motherboards for AMD six-core processors, allows, with a single press, the motherboard to take advantage of the Turbo system of the processor according to the needs of each moment and without limitations due to the use of overclocking or similar techniques.

In other words, we will be able to have different frequency modes, automatically adjusted by the board, where the processor will not only take advantage of its integrated turbo frequency technologies but will also do so with high overclocking levels for a complete maximization of performance in each moment.

This technology reaches its full potential with Intel’s Extreme generation of processors and also with the newly released K-Series of unlocked processors for enthusiasts.

During Computex 2010, the brand’s intention to introduce Lucid’s Hydra technology in future boards was also announced. Exponent that translates into the new immensity motherboard that not only integrates this chip but also incorporates, integrated on the board, a fully functional Radeon 5770. This chip will also be introduced in soon-to-be introduced motherboards such as the Crosshair IV Extreme and allows Radeon and Geforce graphics to coexist and work together simultaneously.

Galileo Project, a new initiative to look for evidence of extraterrestrial technology